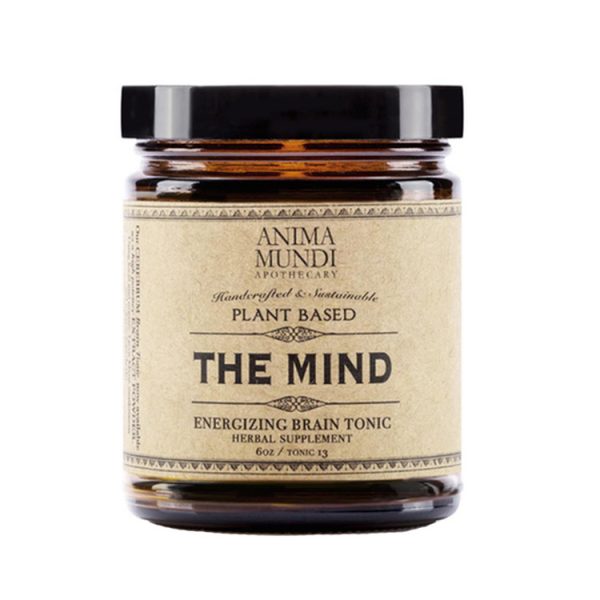 Lion’s mane (Hericium erinaceus) is a nootropic food very popular in traditional Chinese medicine. A large body of research has focused around this brain-boosting mushroom in the last few years, and the results are nothing short of astounding.

Brahmi (Bacopa monnieri), also called “herb of grace” or water hyssop, is famously used as a medhya rasayana (nootropic drug) in ayurveda, that is a substance that enhances memory and revitalizes brain function.

Brahmi helps enhance memory in several ways. Its antioxidants fight free radicals and prevent oxidative damage in the brain, whether caused by an iron overload or toxin buildup. It also increases the levels of natural antioxidants like superoxide dismutase, catalase, and glutathione peroxidase in the prefrontal cortex, striatum, and the hippocampus – areas of the brain that are responsible for cognitive functions like information processing, mental skills, and memory.5

More interestingly, brahmi helps nerve endings grow and branch out, thereby forming more synapses between nerves in the hippocampus and amygdala, areas of the brain responsible for memory formation. This increases the volume and speed of communication between nerves. Brahmi has been found to increase protein kinase activity in the hippocampus in amnesiac rats. Protein kinases help in learning and memory, and in this case helped in recovery. (6,7,8)

TULSI – HOLY BASIL : THE HEAL ALL

Tulsi (Ocimum sanctum) in Ayurveda is known as “The Incomparable One,” “Mother Medicine of Nature” and “The Queen of Herbs,” and is revered as an “elixir of life” that is without equal for both its medicinal and spiritual properties.[3] Within India, tulsi has been adopted into spiritual rituals and lifestyle practices that provide a vast array of health benefits that are just beginning to be confirmed by modern science. This emerging science on tulsi, which reinforces ancient Ayurvedic wisdom, suggests that tulsi is a tonic for the body, mind and spirit that offers solutions to many modern-day health problems.

Daily consumption of tulsi is said to prevent disease, promote general health, wellbeing and longevity and assist in dealing with the stresses of daily life. Tulsi is also credited with giving luster to the complexion, sweetness to the voice and fostering beauty, intelligence, stamina, and a calm emotional disposition.[3,4,5,6] Read more about tulsi below*

Gotu Kola (Centella asiatica) is also known as “the herb of enlightenment” – A master tonic revered in China and India for its spiritual granting abilities. Yogis have used it as a meditation aid and it has been thought to restore balance to the left and right hemispheres of the brain. (2) Even though it’s long been estimated for its incredible skin regenerative properties, including how it helps boost collagen, its abilities go long beyond skin deep.

It has been used to treat disorders of the mind including mental fatigue, anxiety, depression, memory loss, and insomnia. Gotu kola activates the release of brain-derived neurotrophic factor (BDNF), a protein that acts like fertilizer for your brain encouraging new brain cell formation.

In this way it works like “the other” brahmi — Bacopa monnieri.

It takes a few weeks to be mesmerized by Gotu Kola’s abilities, as its healing power is a longer term encouraging of dendrite branching, increasing brain plasticity and communication between brain cells. It also increases nerve growth factor (NGF) which stimulates the growth of new nerve cells and safeguards existing ones.

Gotu kola also is known to protect the brain from damage incurred by everyday life. So far, studies show it protects the brain from neurotoxins like lead, arsenic, aluminum and monosodium glutamate (MSG), a food additive that causes brain fog, migraines, and mood swings. (10, 11, 12) Another way gotu kola protects the brain is by reducing the effects of free radicals. (13)

Gingko Biloba one of the oldest tree species on Earth, is a tree that has been used in China and Asian countries medicinally to heal various health ailments for thousands of years. “Ginkgo’s been widely studied for its effective anti-inflammatory, antioxidant, platelet-forming and circulation-boosting effects. According to current research, ginkgo biloba benefits include improved cognitive function, positive mood, increased energy, improved memory and reduced symptoms related to multiple chronic diseases — for instance, it’s been used as an asthma natural remedy, ADHD natural remedy and dementia treatment.” – Dr. Axe

According to a report in the International Journal of Phyotherapy and Phytopharmacology, ginkgo biloba is “currently the most investigated and adopted herbal remedy for cognitive disorders and Alzheimer’s disease (AD).” (4)